Most organisms (including humans) can’t use nitrogen in the gaseous form N2 for their nutrition, so they are dependent on other organisms to convert nitrogen gas to nitrate, ammonia, or amino acids. "Fixation" is the conversion of gaseous nitrogen to ammonia or nitrate. The most common kind of fixation is "biological fixation" which is carried out by a variety of organisms, including blue-green algae, the soil bacteria Azobacter, and the association of legume plants and the bacteria Rhizobium. Additionally, nitrogen can be fixed by some inorganic processes. For example, "high-energy fixation" occurs in the atmosphere as a result of lightning, cosmic radiation, and meteorite trails. Atmospheric nitrogen and oxygen combine to form nitrous oxides (NOx), which fall to the earth as nitrate. 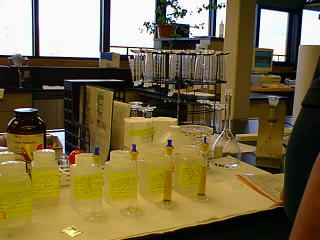